Jeffrey coxed Leander’s 1969 winning Thames Cup Eight and continued as cox of the Club’s Grand Eight crews in 1970 and 1971.  Following  retirement from competition he became a member of the Isis coaching team.

Mr. Garnjost was a US Air Force pilot, 1956-1959, and served in Japan and Taiwan. From 1970-1999 he was a FISA licensed international rowing official who officiated both in the U.S. and internationally. He officiated at the 1996 Olympics in Atlanta.

Mr. Garnjost received the John Carlin Award, US Rowing in 2000. Also in 2000, he received the Olympic Order from the International Olympic Committee for outstanding merit in the cause of world sport and specifically in Taiwan.

The last great Times newspaper rowing correspondent, Mike Rosewell was born in Walton-on-Thames to a family of Thames watermen and coaches, including his father. He grew up on the river, rowing and skiffing in many Walton crews, and met his wife Jill at the Chertsey and Shepperton skiff regatta. After graduating from the LSE, he became a teacher of economics, but the school job also allowed for a life of coaching (St George’s College Weybridge, St Edward’s School Oxford, Oxford University Women’s Boat Club and many more) and rowing journalism (the Sussex Herald, Rowing magazine, the Oxford Times and from 1989 to 2007 the Times.) He was GB junior team delegate and England’s Home Countries team manager.

His writing was witty, well-informed, and sometimes scurrilous: he was the author behind Alf, Just Alf and Son of Alf in Rowing magazine. He was timekeeper for the Boat Race for 12 years, president of the British Association of Rowing Journalists, and was awarded the ARA Medal of Honour in 1997.

1951 Cambridge Crew – This was the year that Oxford sank before the end of the Fulham Wall and the race was re-rowed with Cambridge winning.

1952 – Won The Grand Challenge Cup rowing as Leander. Won the Final in a new record time of 6mins 38 secs. 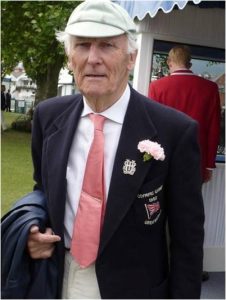 Bill Windham was elected a Steward of Henley Royal Regatta in 1953 and served as a Member of the Committee of Management between 1972-1994. He was President of Leander Club from 1993-1998 following two fellow Olympic rowers, Kenneth Payne and Richard Burnell. His Presidency will be remembered for two very significant events. The first was the commencement of the rebuilding of the Clubhouse, a far- sighted and complex project that he worked hard to promote. The second was the change in the rules of the Club that would, at last, allow women to be Members. While this momentous change also carried Bill’s support, he later admitted that chairing the notably well attended and lively Annual General Meeting, at which the motion was tabled, had not been ‘the easiest day in his life’.

Stuart Alexander ‘Sam’ Mackenzie burst onto the sculling scene at the Melbourne Olympics in 1956. The teenager led the field all the way along Lake Ballarat until the Soviet sculler Vyacheslav Ivanov caught him to take the gold medal.

Mackenzie was aprofessional chicken-sexer brought up on a poultry farm outside Sydney. In 1957, he moved to Henley to seek competition, and won The Diamond Sculls for six consecutive years from 1957 to 1962 – a feat unsurpassed in his lifetime. He he represented Leander in 1960 and 1962, Mosman in 1961 and Sydney RC from 1957 to 1959. He also won The Double Sculls in 1959 and The Silver Goblets in 1963, both with Chris Davidge in Leander colours.

David was best known for his involvement in world junior rowing which began back in the 1980’s. He began coaching at Bedford modern School in 1964 and remained until his retirement in 2000.

David was the GB Junior Team Manager for over 20 years eventually stepping down in 2003. It was his leadership and vision that was key in helping to transform GB Junior Rowing, which resulted in the team winning their first World Junior Gold medal 1987 and many more in the years that followed.

In 1990, he was awarded the British Rowing (then the ARA) Medal of Honour in recognition of his significant contribution to junior rowing in GB.

Geoffrey Brook was Honorary President of the Coupe de la Jeunesse, the Junior International regatta he helped to establish is 1985. He joined the Executive Committee in 1987 and served as the President from 2001 – 2013.

As the manager for the GB Junior team and Chairman of the Junior Commission he made a significant contribution to junior rowing for which he was awarded the British Rowing Medal of Honour in 2013. 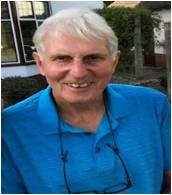 John ‘Brian’ Cocking learned to row at Lancaster Royal Grammar School, then went up to Emmanuel College, Cambridge to read Medicine. His coxless four were nicknamed “Emma’s Famous Four”, being described by Peter Haig-Thomas as “the first crew he’d seen rowing properly since 1934”. He raced for three years in the Ladies Plate and was in the Goldie crew of 1958.

After Cambridge, Brian became a Houseman at the Middlesex Hospital, London. In 1960, the then Captain of Leander, Tony Leadley, invited Brian and his three crew to become Leander’s coxless four to help the club rebuild its Olympic potential, after going through a lean spell in the preceding years.

Won the Wyfold Cup in 1956 Royal Engineers, member of the British Empire VI and Commonwealth Games crew that won a bronze medal for England in Wales in 1958.