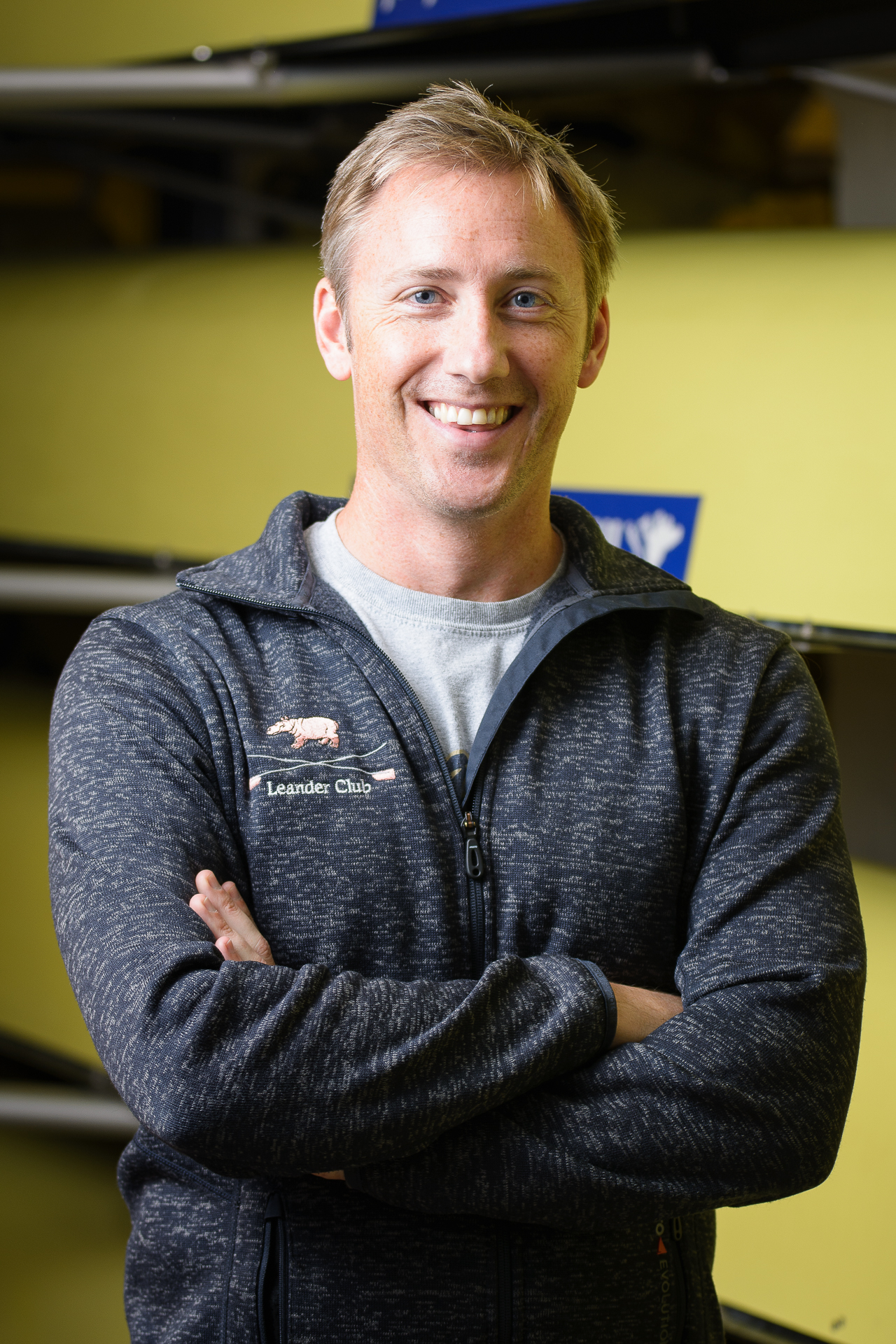 Learnt to row at Poplar, Blackwell and District Rowing Club coached by his father Terry Hunter

Ross qualified as a Waterman & Lighterman alongside his rowing commitments and worked as captain on the Thames until 2012 when he felt the sport drawing him back in.

After joining the club in 1999 as an junior athlete in Ross enjoyed more than 10 years of representing Leander at Junior,U23’s and Senior world level as well as at Henley Royal. He qualified as a Waterman & Lighterman alongside his rowing commitments and worked as captain on the Thames until 2012 when he felt the sport drawing him back in.

After working as a volunteer coach with beginners he started to realize how much he missed being around rowing and how much passion he still had for it.
In 2014 an opportunity came his way and Ross started his professional coaching career in Bristol at the University of the West of England (UWE) coaching the women’s squad. This was a very important time for him as he learnt how to adapt from an athlete to a coach.

“UWE really opened my eyes to what coaching actually was. I had to set up a novice and senior women’s program from scratch with very limited resources. It challenged me very early on to decide what my coaching style was and how I wanted to deliver that to a large group of 40 athletes on my own”.

After some strong performances with UWE things started to move quickly and by 2015 Ross was back at Leander this time as the coach working with the lightweights and men’s sculling group. During this time Ross achieved 3 Henley Royal Regatta wins as well as having many of his athletes selected for the GB team.

The 2017/18 season saw Ross lead the Leander High Performance women’s squad for the first time and now in 2018 they look even stronger.

“It’s a very exciting time in women’s rowing, that side of the sport is growing fast and when the role became available I pushed really hard to get it. I’m looking forward to seeing what the group can achieve, Leander has always had a strong tradition of success with its men’s squad and I’d love to be part of a women’s squad that can equal that”