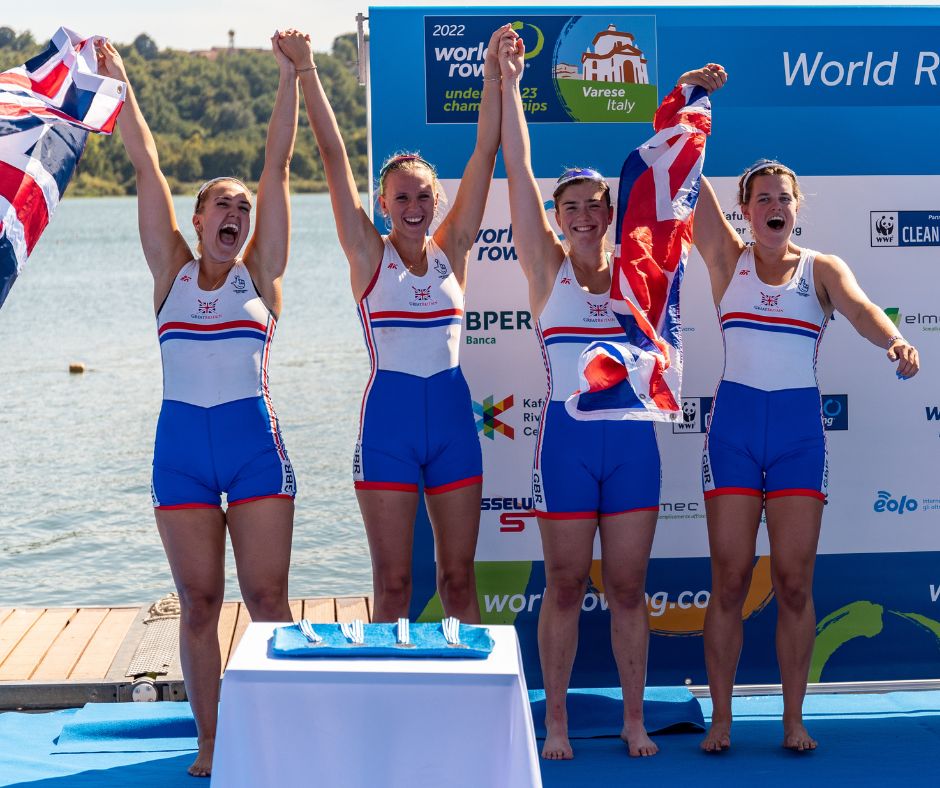 At the recent U23 World Championships in Varese, Italy, Leander athletes produced amazing performances.  All six Leander women returned with a medal.

Next up was the women’s coxless 4+ event with three Leander women:- Phoebe Campbell, Lauren Carey and Lettie Cabot partnered with UL athlete Georgie Robinson Ranger. This crew was coached by Leander women’s assistant coach Richard Chambers. The British 4+ led to the first marker.  However the crew from the US, all from Texas University, were able to hold a faster pace.  USA took gold with the Leander women winning silver.

To finish the Leander medals for the day, Daisy Bellamy and Abigail Topp raced in the British Women’s 8+.  Similar to the 4s race, the USA crew were pushed by the British women, but the crew from America were able to maintain their lead.  USA took gold and the British took their second silver medal of the Championships.

Earlier in the day the mens 4x with three Leander athletes and coached by Ali Brown, mens assistant coach, finished 7th overall taking top stop in the B final.

Chief Coach Ross Hunter commented: “These are fantastic performances for our Leander athletes and we are so proud of them.  The U23 World Championships provides fierce racing and championship experience for all of our athletes who are aiming for Paris 2024 and LA 2028.”

The season is not yet over for our Leander athletes.  The senior European Championships in August will see a number of Leander athletes representing Great Britain in Munich, Germany.