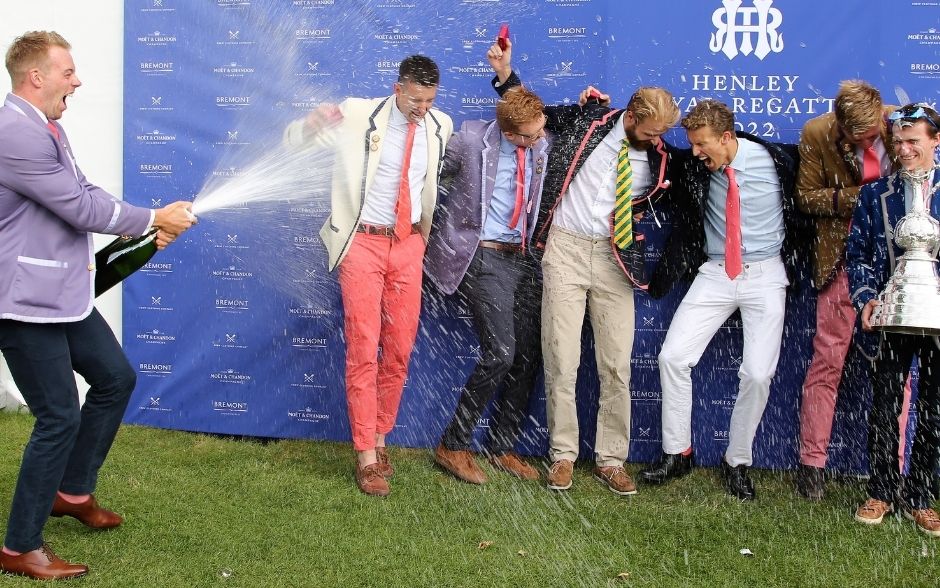 In what was a record year for Henley Royal Regatta, Leander Club brought home four victories: The Prince of Wales, The Ladies’ Plate, The Rememham and The Grand! Finals day saw Leander club-based crews racing in four events. 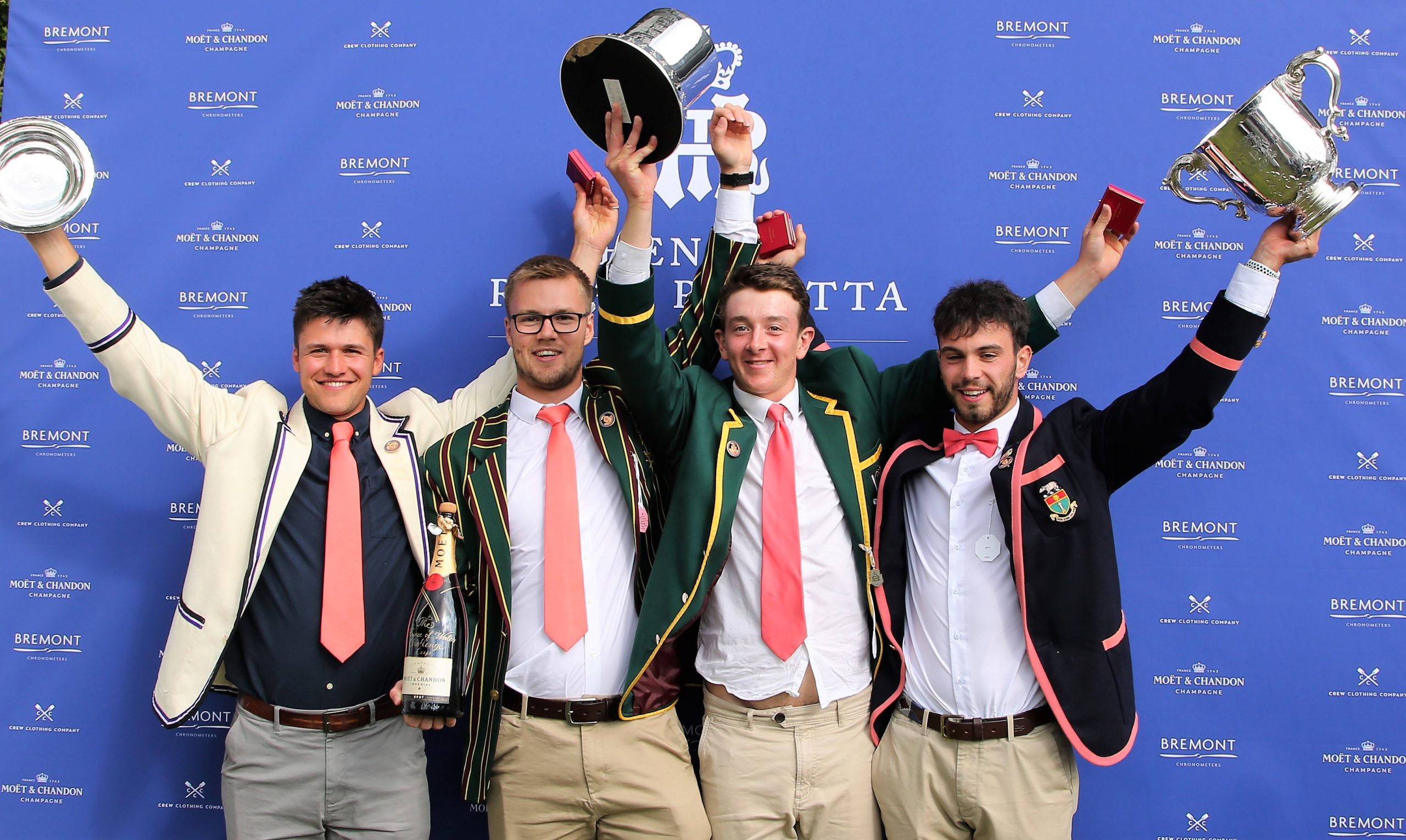 On finals’ day, the Prince of Wales quad of Jack Keating, Olly Costley, Bryn Ellery and Rory Harris, faced local neighbours Reading University.  Leander stormed out of the starting blocks and led from start to finish always increasing their lead to win with an easily verdict.

Next it was the women’s club pair of Sophia Heath and Annie Campbell-Orde who faced the USA national team pair.  Both Sophia and Annie had also double up into a club women’s 8 earlier in the regatta.  With the Leander women putting in a fantastic effort, the USA crew led from start to finish.

Racing for Leander crews were coming thick and fast with the Wargrave club women’s 8 up next.  This crew steered by Katy Ward and stroked by Sarah Ferris had beaten stiff competition to make the Sunday finals.  The Thames crew on the Berkshire station led off the start, however the Leander crew never let them get too far.  The tenacity and fight never let up by these Leander women, however they were beaten to the line by Thames in a new course record. 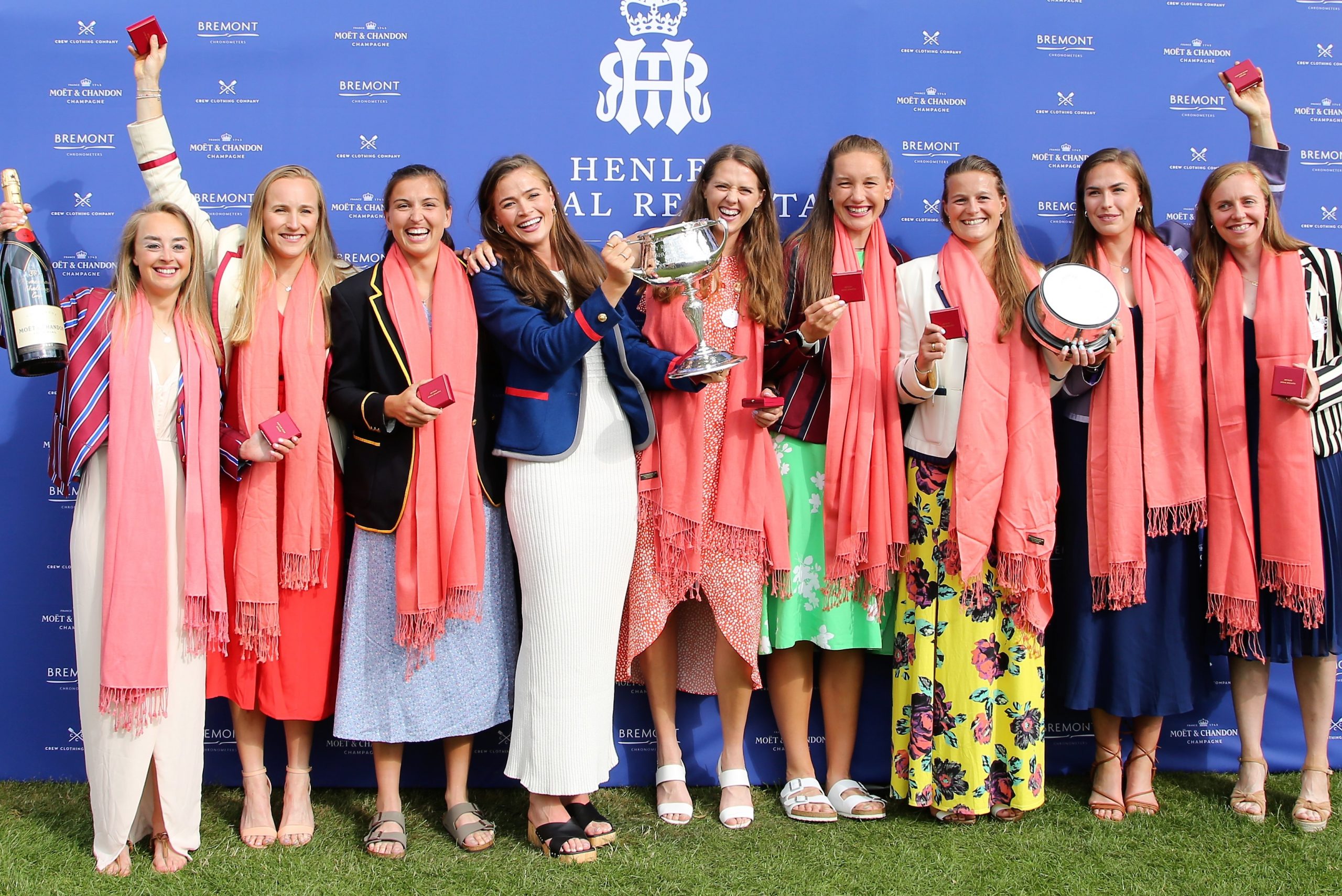 Throughout the day’s racing, Leander athletes in the British team raced across multiple senior events.  In both the Grand Challenge cup and Remenham Challenge Cup 11 Leander athletes competed against the Australia national team crews.  Both British crews won their events in a clear demonstration of the strength of the current British rowing team. 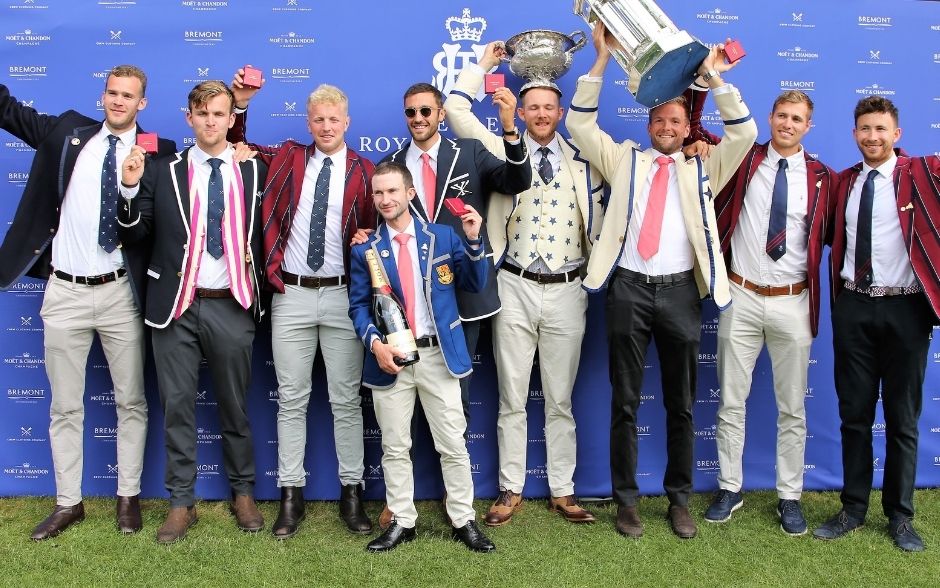 All tension and hype had built towards the final Leander crew of the day to race.  Leander had not won this event since 2016.  The Ladies’ plate crew stroked by Peter Lancashire gathered a large crowd as they boated from Leander.  As the crew sat on the start line, the supporters at Leander were waiting with baited breath.  From the first stroke, Leander made their intentions clear as they led coming out of the island.  The crew then had their opposition, Cal Berkley (IRA National Champions), in their sights the whole way.  An exciting race that went the full track, at the finish line Leander won by 1 length. 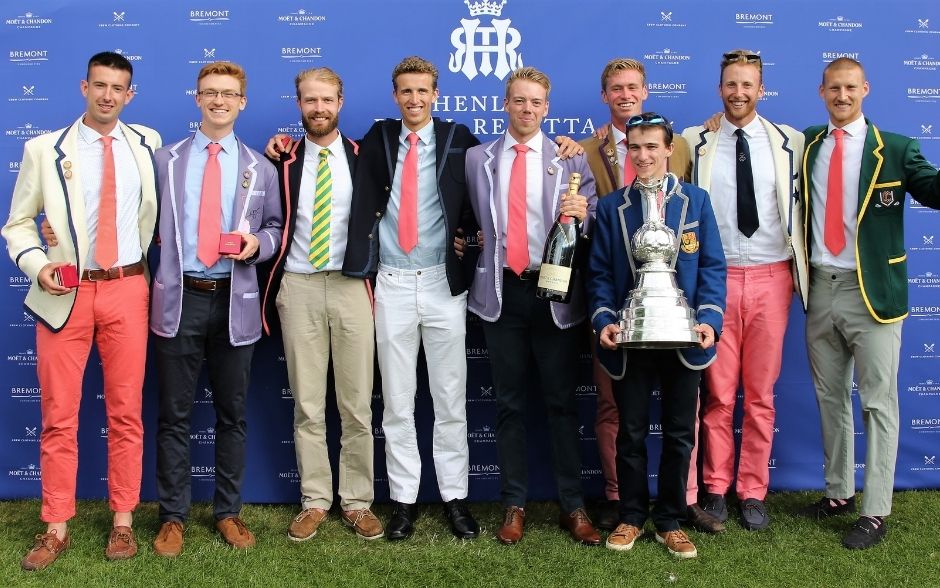 Club Chairman Peter Bridge said: “I am extremely proud of all the Leander crews for how they performed at the regatta. It was inspirational to watch them race and congratulations to all our athletes for some truly excellent racing. Of course, it was fantastic to win several events and we must add special congratulations to all our victors. Bring on the rest of the season!”

Some athletes will now take a well earned rest, whilst others move onto racing at Lucerne, the U23 World Championships and the European Championships.