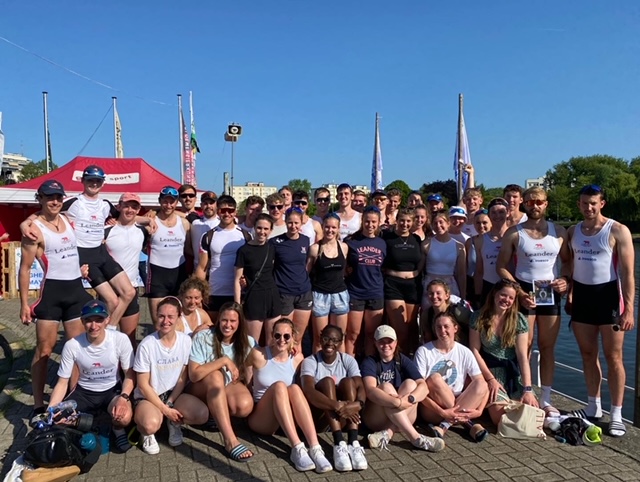 The Leander squads raced in Ghent, Belgium this weekend. A total of 47 athletes made the trip to race, with racing over two days covering two separate regattas giving all athletes lots of opportunity to race and  test their speed in the early phases of the regatta season.

Saturday was the Belgian National Championship with entries from Spain, Ireland, Netherlands and Great Britain and we relished this opportunity to race by winning the Victor Ludorum.

🥇 The Mens 4x of Keating, Costley, Ellery and Harris raced well against the Belgian national team to secure the win.

🥇 The Womens 4- of Siddorn, Goosens, Bellamy and Slabbert raced to victory against Tideway scullers school.

🥇 The Womens 4x of Harris-White, Olubodun, Magner and Mole were dominant securing the win.

🥇 The Womens 2x of Weatherhead and Traux raced well to take a well earned win.

🥇 The Women’s 2- of Perry and Courty raced well to take the win.

🥉 The Development Womens 8+ of Ferris, Topp, Grace, Nyland, Dening-Smitherman, Martin, Grimsley-Moore, Somerside coxed by Ward showed courage in their races to take a well earned Bronze medal In a close race with Brookes and Tideway Scullers to wrap up a fantastic day of racing.

🥇 The Mens 8+ remained unchanged and secured their second win over Brookes in a close race all the way.

🥇 The Mens 4x stayed the same and took their second win of the weekend.

🥇 The Womens 4- were unchanged and repeated their success of the previous day.

🥇 The Womens 4x of Olubodun , Traux, Weatherhead and Magner sculled well to take the win.

🥇 The Womens 2x of Harris – White and Mole took the win

🥉 The Women’s eight made one change of the Cox bringing in O’Brien and they collected their second bronze of the weekend.

Other results to mention are the gap year boys racing in the Mens eights winning the B final on both days and Alex King and Matt Brigham coming 4th on sat and 5th on Sunday of the Mens 2x.

We would like to thank the organisation team from Ghent rowing club for their hospitality it was great to be back racing there again, see you next year.

Finally, if you watched Leander racing this weekend and want to find out more about joining our squad then get in contact with us via the button below. 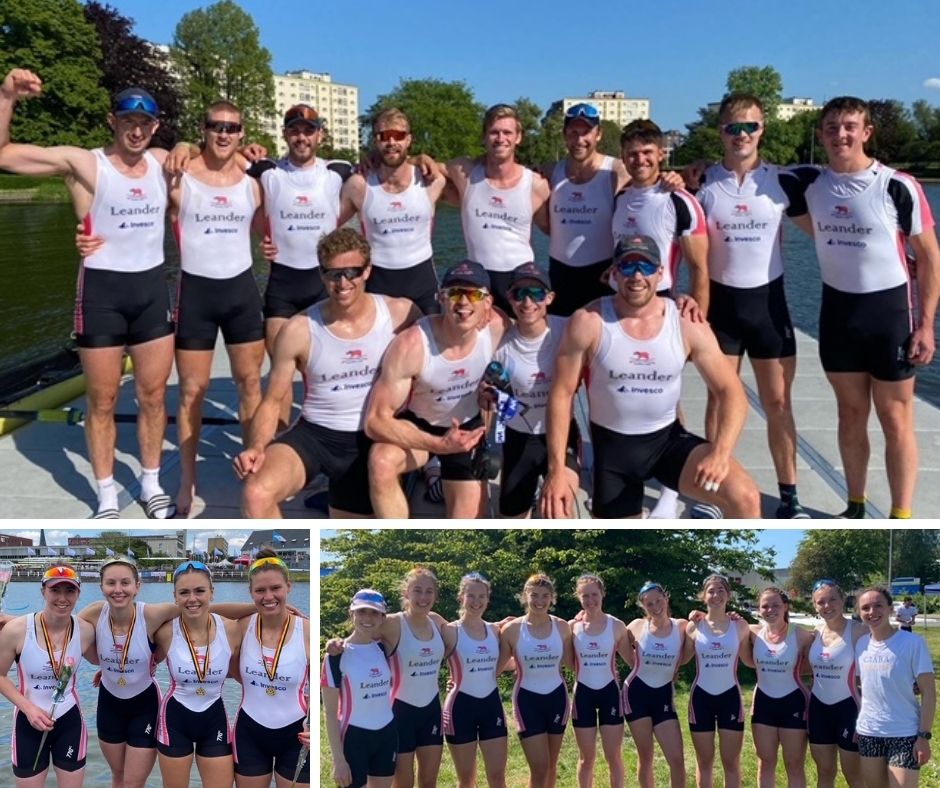 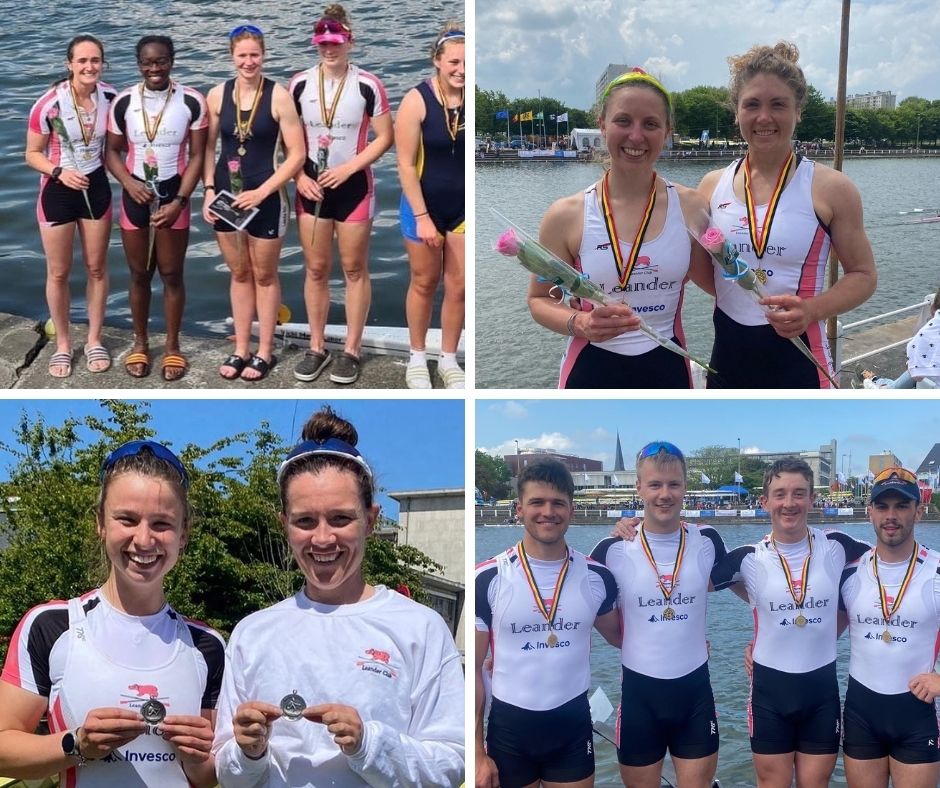