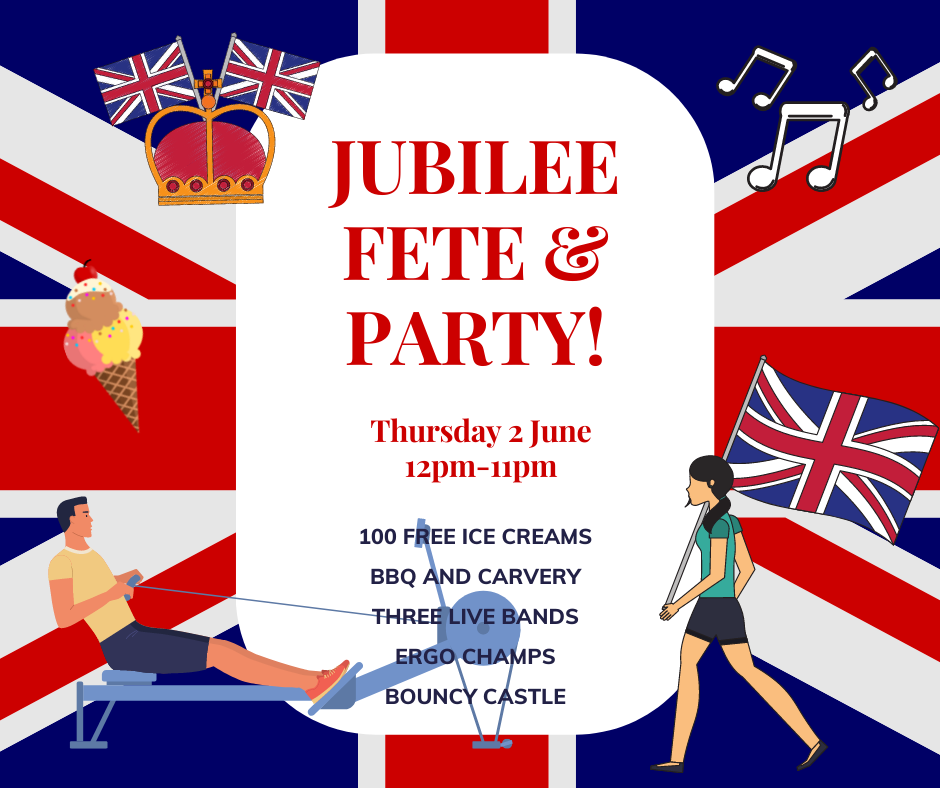 You are invited to Leander Club’s Jubilee garden party and fete on the extra bank holiday, Thursday 2 June, from midday to 11pm.

Your soundtrack to the day will be live music from three upbeat bands, the pop of bottles of Leander Pink and the sizzle from the famous Leander BBQ and carvery. We’ll have a bouncy castle and an ice cream van will be giving away ice creams to its first 100 customers.

Leander’s athletes, fresh from training camp in Banyoles, will be running traditional fete stalls as well as an ergo sprint championships for the whole family – are you feeling tough enough to compete? They are also running games including a marble golf contest and ‘Guess the Name of the Hippo’!  All proceeds from the stalls will go to the DEC Ukraine Humanitarian Appeal.

Jubilee party tickets cost £20 for adults / £5 for children include food from our BBQ and a carvery from 12pm-5pm.

After 5pm, tickets are £5 on the door. This does not include food. The full menu will be available to purchase from 5pm until 9pm.