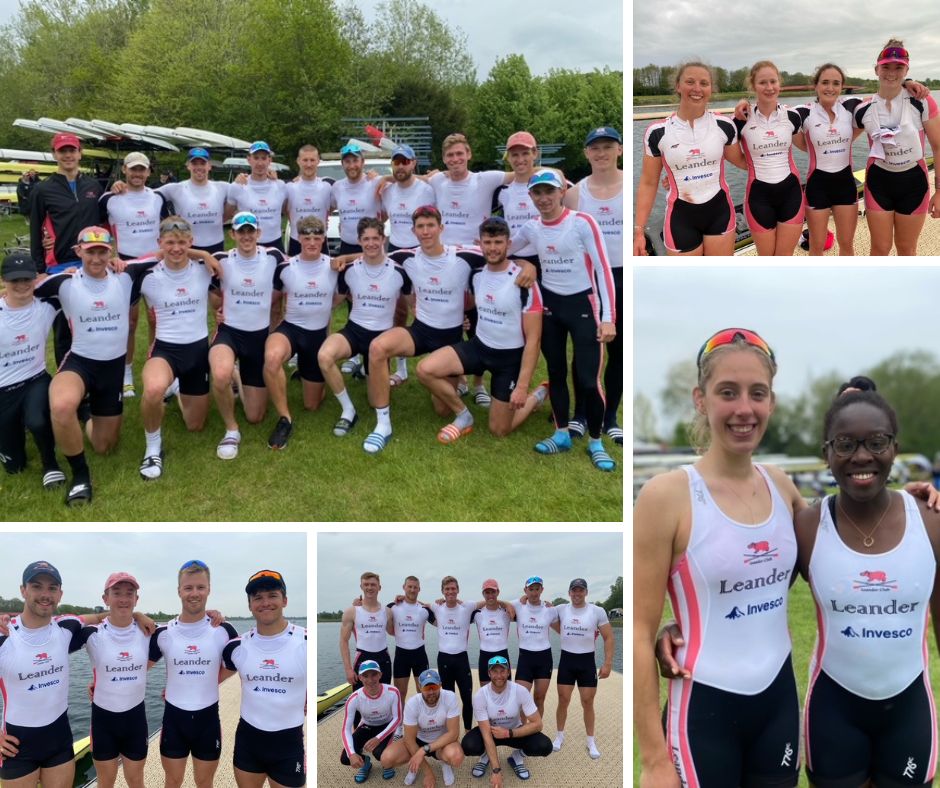 After a long tough winter of training, our first domestic regatta of the season finally arrived for our development squad athletes based at the club.

Wallingford Regatta was raced at Dorney Lake on Sunday 1st May and Leander travelled in force with 10 crews entered in nine different events across the men and women.

First up was the turn of the Men’s Challenge 8s. We had two crews in this event, confusingly Leander A was our young gap year crew and Leander B was our first 8 containing Peter Lanchashire, Dan Graham, James Robson, Ed Grisedale, Felix Drinkall, James Vogel, Ryan Todhunter, Tom Ballinger and cox Wilf Le Brocq.

In the final, Leander B showed their dominance to take the victory with our young lads snatching second place in an exciting battle 13 seconds back.

In the Women’s Challenge 8s, Leander fielded a mixture of youth and experience with some young athletes relishing this great opportunity to race in their first regatta for the club.

In the Women’s Double, Seun Olubodun won the first of her two events of the day putting together a great performance with young development athlete Anna Grace.

To top off a fantastic day for the club our Junior quad had an encouraging performance in junior quads. The crew of Woodall, Gauden, Vujosevic, and White didn’t quite get the win against a strong Windsor Boys crew, but showed real determination to get back into the race after being down to eventually finish half a length down in an exciting last 250m.