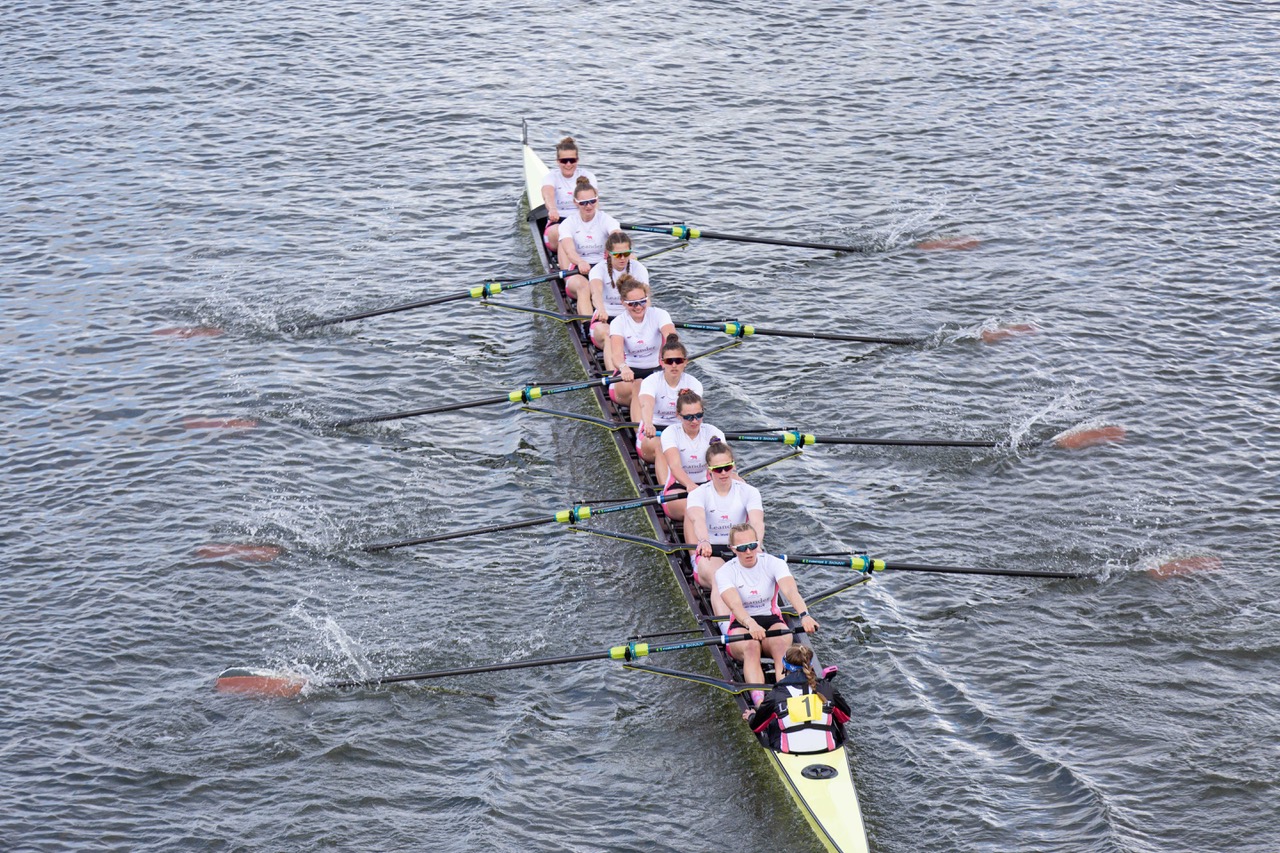 The return of the Women’s Eights Head of the River since its last race in 2018, saw 266 crews race from Chiswick to Putney, a 6.8km course.

For the first time in its history, Leander fielded four women’s eights.  The Leander A boat, steered by Morgan Baynham-Williams were the first crew to start and put on an impressive display of women’s rowing.  At each of the interval markers they had a significant winning margin and crossed the line with a win of 35 seconds ahead of the second placed crew.

For all Leander women’s crews they showed that the club has impressive strength and depth with two crews in the top 5 and all four crews finishing inside the top 14.

This finishes an intense block of eights racing for the women. Now the focus shifts to senior and U23 British international selection where a total of 26 UK-based Leander women will be looking to impress new Women’s chief Coach, Andrew Randell, at trials in April.