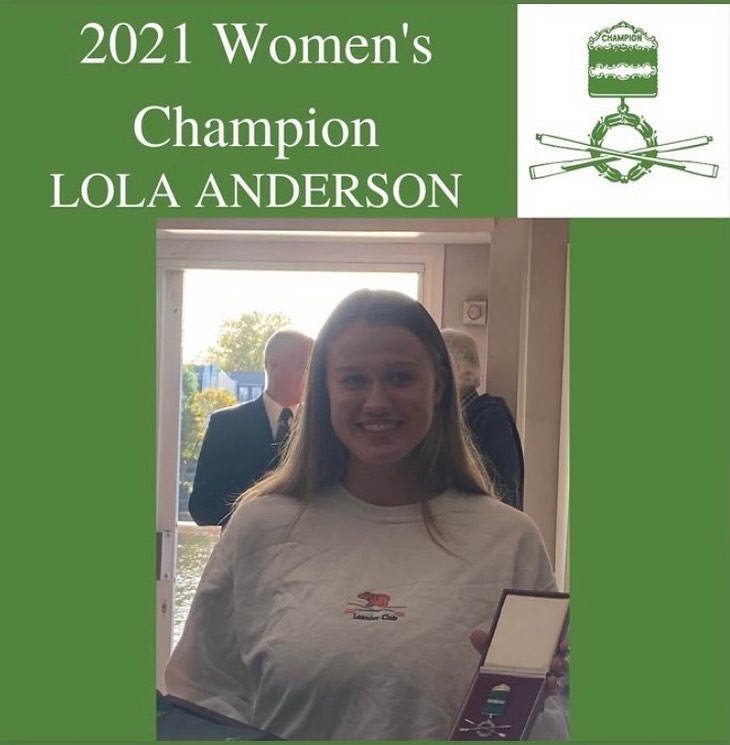 The course starts at Putney and finishes at Chiswick racing side by side over the famous boat race course.

Up first in the women’s race, Leander had two entries, Lola Anderson and Georgie Brayshaw.

The race conditions were challenging to say the least, with high winds. Off the start, Lola Anderson didn’t take long to take a demanding lead and she never looked back. Lola went on to win the race and become Wingfield Sculls champion for 2021.

In 2nd place, Leander’s Georgie Brayshaw struggled with the conditions in the early stages of the race but paced the race well to come through to finish as runner up.

After the race Lola Anderson said “I really enjoyed my first experience of racing the Wingfields. I have wanted to take part in it myself for quite some time so despite the wind being quite strong and making some uncomfortable racing conditions, I had so much fun taking part in today’s racing! The win makes it even more special and I am extremely proud to have taken part in such a prestigious race.”

In the men’s race, Leander had development squad sculler Jack Keating racing. The hot favourite for the win was Team GB’s Graham Thomas, who led from the beginning to secure a comfortable win. Jack Keating raced well to secure 3rd place in a competitive field.

Congratulations to all the competitors for talking part and the organisers for putting on such a great event.