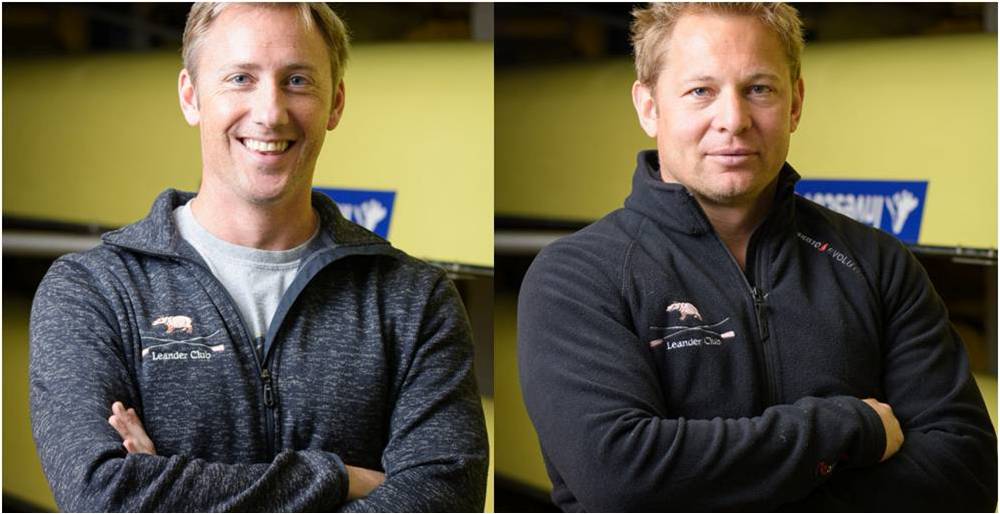 Leander Club are delighted to announce the next steps in their commitment to developing rowing champions of the future whilst remaining at the forefront of British and world rowing.

The new coaching appointments, coupled with the development of future world-leading coaches, underpins Leander Club’s commitment to, and investment in, this strategy.

Ross has been a coach at Leander Club for the past seven years, the first three of which he was lead coach for the men’s sculling squad. Over the past four years, Ross has been the lead coach for the Leander women’s squad and in that time has grown the number of high performance athletes at the Club from three to over 25. Numerous of these athletes have gone on to train at Caversham with the British Rowing squad and to represent their country at U23 and senior level. Ross has also coached Leander crews to victories at Henley Women’s Regatta and at the Women’s Head of the River Race.

Matt has coached at Leander since 2009 and in that time has coached Leander men’s crews to eight victories at Henley Royal Regatta as well as developing numerous athletes into the U23 and Senior British teams. Matt has been the lead coach for the men’s sculling squad as well as more recently the men’s sweep squad. He has been instrumental in the success of the Club on the water over the past decade and the Club is very excited to see him step up into the lead men’s role.

Matt and Ross will be supported by a team of full-time professional coaches – the Club is committed to investing in coaching talent under this new structure. There will be a professional deputy for both chief coaches as well as a junior development coach. We are also investing in coaching apprenticeships, supported by British Rowing, for both the women and the men’s squads. This will allow the club to develop top level coaching talent as well as top class athletes.

Commenting on the appointments, Pete Bridge, chairman of the Leander Club Committee said: “Both Ross and Matt have shone through an extremely rigorous interview process over the past month. We had several very high-quality candidates apply for the roles, both from the UK and from overseas, and Ross and Matt excelled in discussions with the committee, with British Rowing and with external leadership assessors.

“We are very lucky to have coaches of their calibre in charge of the Club now, and we want to do everything we can to ensure that they are well supported by a team of fully employed support coaches and staff – bringing on coaching talent is a critical part of our exciting new structure. As we have said before, the ambition of Leander is to be the pre-eminent rowing club in the country and we absolutely feel that Matt and Ross are the right people to drive us towards that.”

The Club Captain, Jack Beaumont, said: “It’s fantastic to see Matt and Ross appointed as the men’s and women’s Chief Coaches at Leander. They both have exceptional track records of coaching Henley winning crews, U23 world championship medallists, and helping their athletes break into the Olympic squad. Alongside this, they both make rowing really fun! I was very lucky to have a really enjoyable and successful time being coached by both Matt and Ross as an U23 rower, and am looking forward to working with them in their new roles.”

Club vice-captain Holly Nixon said: “I am super excited for Ross to become chief women’s coach at Leander. He is a world class coach who has played a huge part in the Club’s success over the years at both club and international level. We are lucky to have him. With Ross leading the way, the future looks very bright for the Leander women’s squad!”