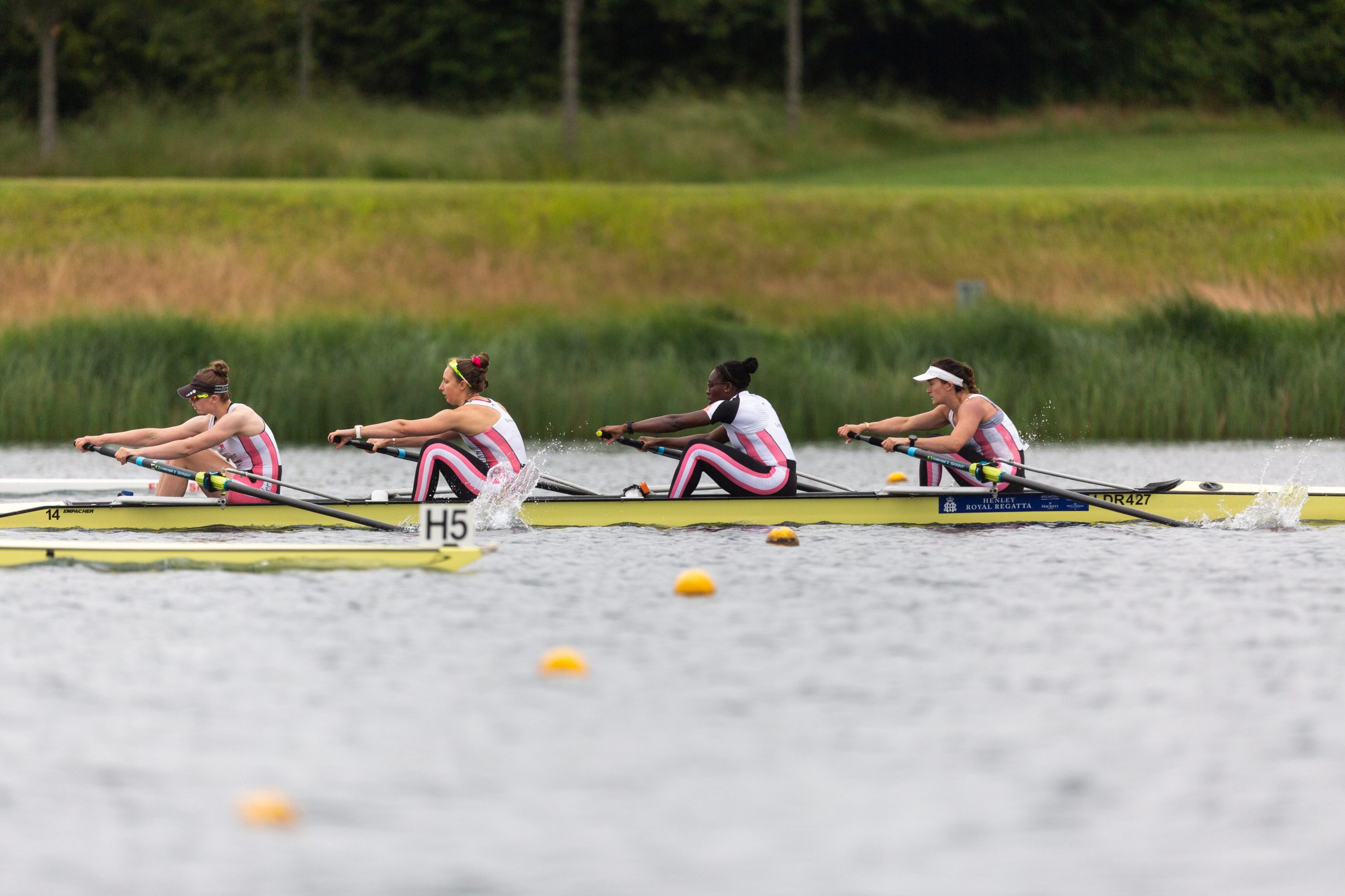 Leander Club attended Marlow International Regatta in force on Saturday 19th June. Racing in 6 different events were both our men’s and women’s squads.

First up to race were the Men’s 8+ of Charles Waite-Roberts, Bryn Ellery, Sam McKeown, Luke Green, Tom Ballinger, Jack Gosden-Kaye, Connor Brown, Nick Farrell, coxed by Wilf Le Brocq. The crew qualified in 2nd place in the Time Trial but in the final, they came home in 4th place.

The Women’s 8+ of Heidi Long, Juliette Perry, Katie King-Smith, Katherine Maitland, Alice Baatz, Jo Wratten, Lauren Irwin, Alice Davies, coxed by Morgan Baynham-Williams had a fantastic race in the final against strong opposition from UL. The Leander crew took the lead early in the race and rowed well under pressure to take the victory.

The Men’s 4- of James Robson, Ryan Todhunter, James Vogel and Ed Grisedale were involved in another great race in the final. The Leander crew were racing the Silver Medal crew from the recent World Cup 3. It was an exciting race, where the lead changed hands more than once. The Leander Crew raced well but unfortunately just missed out on the win in the final few strokes of the race.

In the Women’s 4-, Leander had two crews racing in this event. The A crew of Imogen Magner, Xanthe Weatherhead, Seun Olubodun, and Natasha Harris-White raced superbly to take the win and the B crew of Anastasia Posner, Carla Russell, Emily Mcharg and Cordi Mahony achieved a strong 3rd place.

The Men’s 4x of Rory Harris, Jack Keating, Will Fletcher and Luke Reiser raced well to take the win while Ben Jackson from our Junior squad raced in a composite quad had a great race to achieve 2nd place.

The final race to report was the Women’s 4x of Jess Leyden, Georgie Brayshaw, Michelle Truax and Lola Anderson who won in style with an impressive row in the final.

It was a good day for the Leander development squad with 21 athletes picking up a tankard.