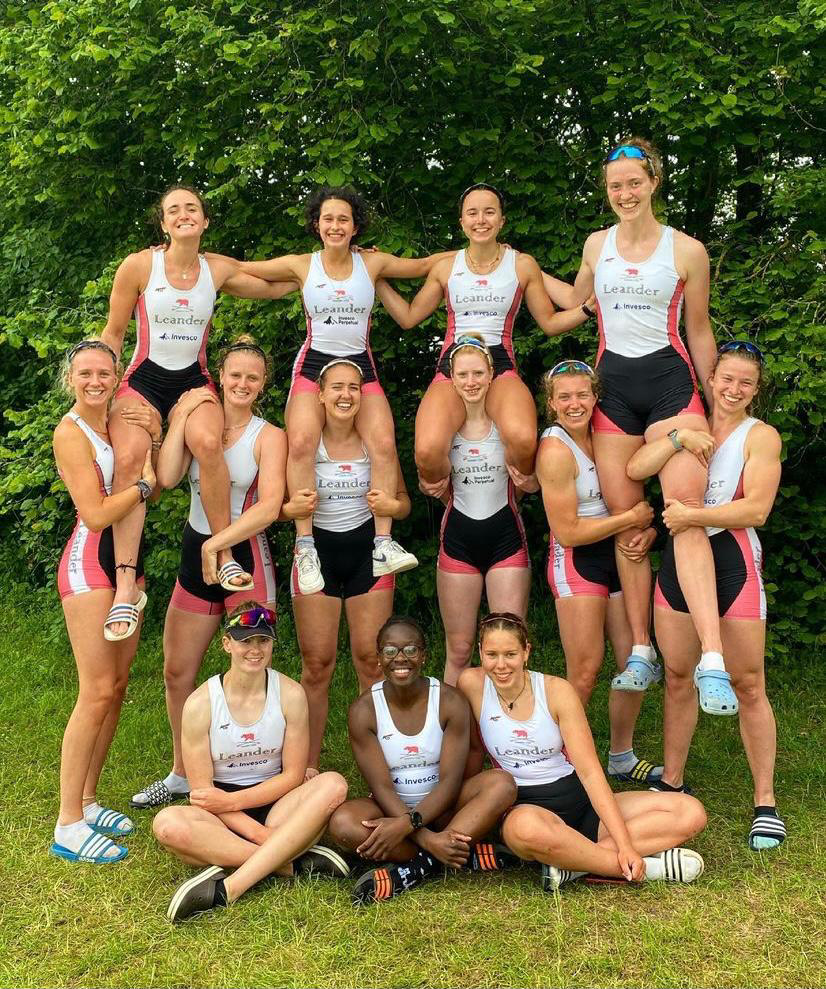 The sun came out for us at Met Regatta this weekend and Leander Club attended the race in force with lots of athletes from our development squads taking part.

The Regatta was held over two separate days with time trials and finals on each day in all events, giving most the opportunity to race in more than one event. On the Saturday, the first to race down the 2000m Olympic rowing course were the Women’s Eight of Alice Baatz, Lucy Edmunds, Katie King-Smith, Juliette Perry, Lauren Carey, Natasha Harris-White, Phoebe Campbell, Flo Donald and cox Costi Levi. In a tight final, the crew finished in second place.

The Men’s Four of Charles Wait-Roberts, James Robson, Iwan Hadfield and Ed Grisedale raced confidently to win the time trial and later in the day, secured a comfortable win in the final by six seconds.

The Men’s Double of James Cartwright and Olly Costley had a fantastic race where they just managed to grab the win over two past Olympians on the line by 0.4 seconds.

The Men’s Eight of Connor Brown, Bryn Ellery, Luke Green, Nick Farrell, Jack Gosden-Kay, Sam Mckeown, Joe Wolfin, Tom Ballinger coxed by Wilf LeBrocq enjoyed their final, showing no fear and giving it their all. They finished in 2nd place but gained confidence from it for future races.

The Junior Boy’s Quad of Ben Jackson, Tristan Grainge, Sergej Vujosevic and Daniel Landau raced in J18 Quads, finishing 2nd. Due to the structure of the event they also finished 4th in the Open Men’s Quads.

Last to go on the Saturday was Jack Keating racing in the Men’s Single. Jack showed good character to get back in the race to narrowly miss the win but take a creditable second place behind a 2016 Olympian.

Bright and early on the Sunday, racing in the same line up, was our Women’s Eight. They were focused and attacked the final race well to take a well deserved win.

The Women’s Quad, with one change, Seun Olyboden in for Xanthe Weatherhead, raced well again to secure another comfortable win in that event.

In the Men’s Four, the crew was completely changed from the winning crew the previous day with Sam Mckeown, Luke Green, Bryn Ellery and Connor Brown coming out of the eight to take the win with a great race in the four.

After the success of Saturday’s Double Scull, James Cartwright and Olly Costley were joined by Jack Keating and Luke Reiser to race the Men’s Quad. The crew took it on from the first stroke and raced well to win the race by over 10 seconds.

Mark Banks, Leander Club’s Director of Rowing and Chief Coach, said “It was a very enjoyable regatta with lots of exciting racing, well done to all the athletes and coaches.”