A Successful World Cup for Leander 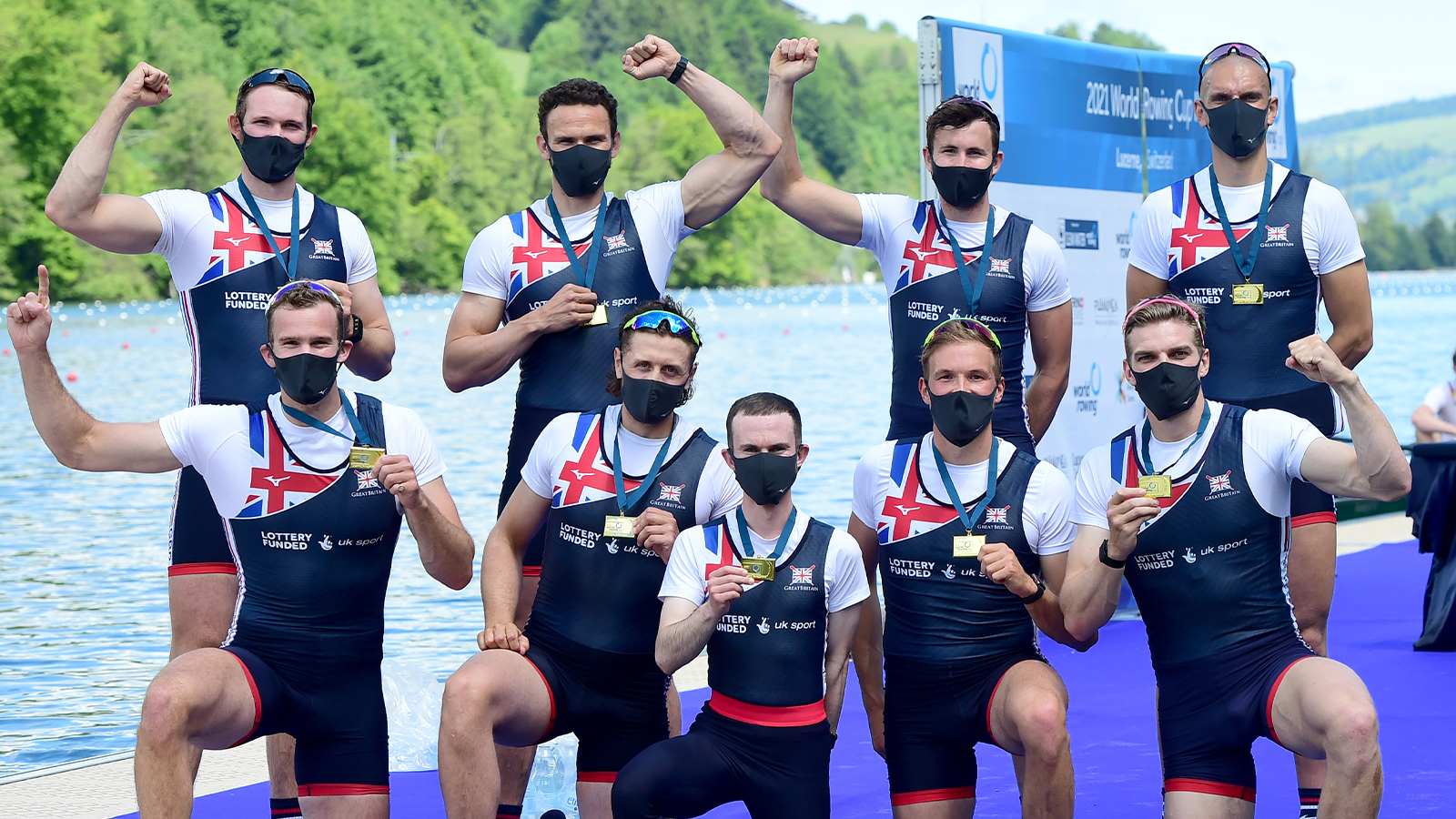 The report from British Rowing states:

It was an eventful and exciting final day of racing for Great Britain who topped the medal table picking up three gold, one silver and one bronze on the Rotsee at the World Rowing Cup II in Lucerne, Switzerland

The men’s four (M4-) of Oli Cook, Matt Rossiter, Rory Gibbs and Sholto Carnegie took the gold after a dominant row which saw them leading the field from early on. Speaking after the race, Matt said: “We got out well – it probably wasn’t our cleanest start but then Sholto set a good rhythm in the middle where we were just pounding away, taking a little bit out every stroke. I make the calls for the boys, and they made my job so easy because we were just nudging ahead every stroke. It feels like a real privilege to be able to be in front of the race and watch it all unfold. I’ve been rowing for GB since I was about 18 and I’ve never had that before, so to have that here and in the Europeans has been a good feeling.” Sholto added: “We’re really satisfied. I thought we executed a good plan and it’s a very fun boat to row.”

The women’s four (W4-) of Rowan McKellar, Harriet Taylor, Caragh McMurtry and Rebecca Shorten, picked up a silver medal in a race that started in glorious sunshine and ended after a massive downpour of rain on the Rotsee lake. Caragh who was subbed into the boat just this week said: “It was fun – I feel like I learned a lot, it was just a great experience and I’m happy that I could sub in and make it a good experience for the other three girls. I’m glad that I could do that and make it competitive.”