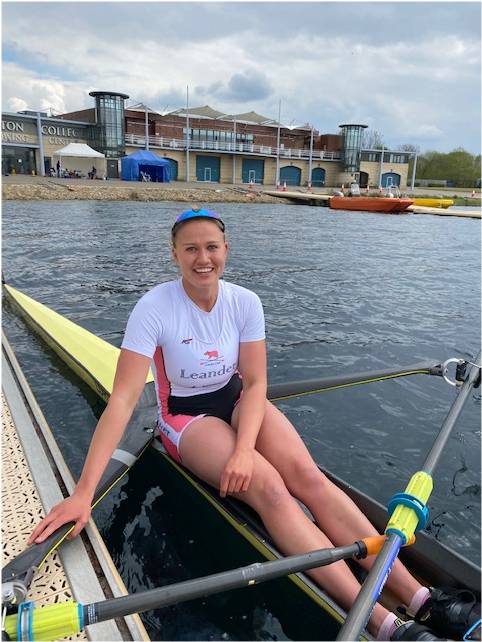 It was fantastic to be racing again after a very difficult year for everyone.

Leander had 26 senior and u23 club based athletes from our development squad invited to trial across all 4 catagories in this invitational only event.

The format was slightly different to normal, skipping the traditional semi-final races with crews being placed directly into the finals from time trial result. 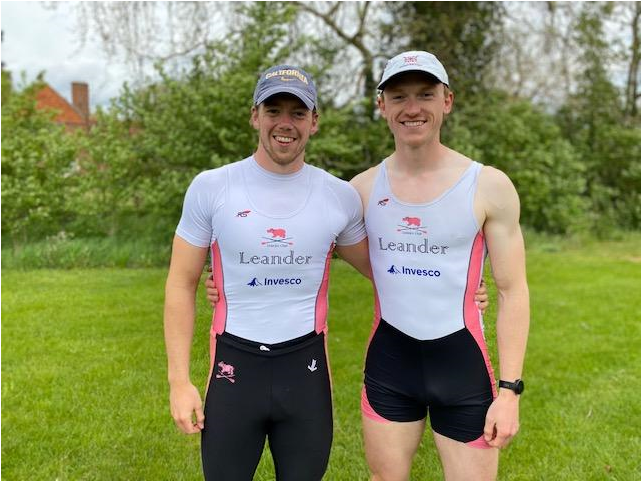 First up was the Men’s pairs where we had two crews racing. Ryan Todhunter and James Vogel placed 3rd in the time trial and achieved 4th place in the A final (pIctured left). Iwan Hadfied and Dan Graham came 8th in the time trial and then won the B final to place as the 2nd fastest u23 pair.

In the women’s single scull, Lola Anderson (pictured above) impressed by winning the time trial and dominated the final to win and be the fastest women’s sculler.

Katherine George came 7th in the time trial, frustratingly just missing out on the A final, but she raced her final confidently to win and and be placed as the fastest women’s u23 sculler.

Leander had 8 athletes racing in the Men’s single scull. In the time trial, Victor Kleshnev came 3rd, Rory Harris 4th and Oliver Costley 5th, securing their spots in the A final. 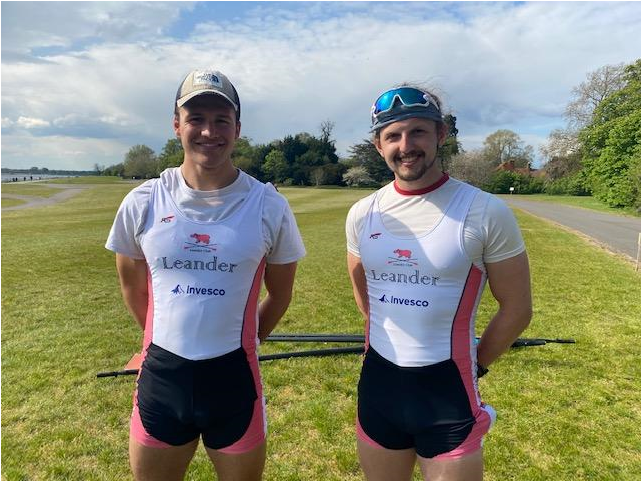 The final was very close with Victor coming 2nd and Rory 3rd (pictured right), both going under 7 mins for the 2k course and Olly coming home in 5th place.

In the other finals, James Robson came 8th, James Cartwright 9th in the B final. Jack Keating won the C final, Bryn Ellery in 3rd and Joe Wolfin in 6th.

Finally, it was the turn of the women’s pairs where Leander Club had 5 pairs racing. Susie Dear and Sam Redgrave won the time trial with Heidi Long and Alice Davies in 2nd. Lauren Irwin and Hope Cessford came 4th and Juliette Perry and Lauren Carey in 6th, all qualifying for the A final. 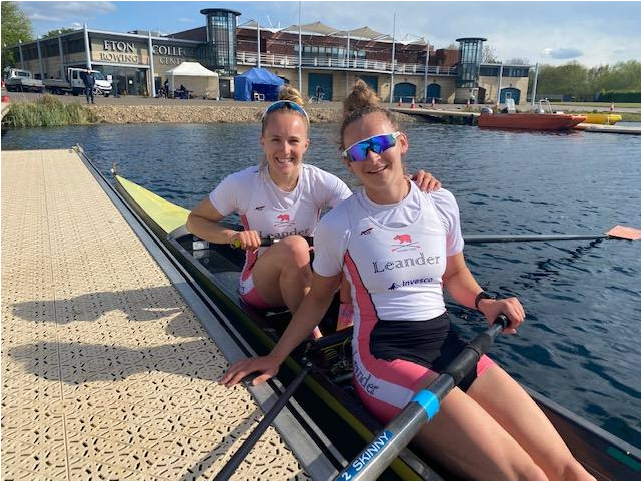 In the final, Heidi and Alice (pictured left) raced well to take the win with Lauren and Hope in 3rd and Juliette and Lauren in 5th. Susie and Sam unfortunately capsized in the final and did not finish. Alice Baatz and Was Harris-White came 10th.

Mark Banks Director of Rowing and Chief Coach says “It was a positive start to the season for the Leander development squad, it was good to be racing again, well done to all the athletes and coaches.”