GBRT Senior and U23 Open Trials 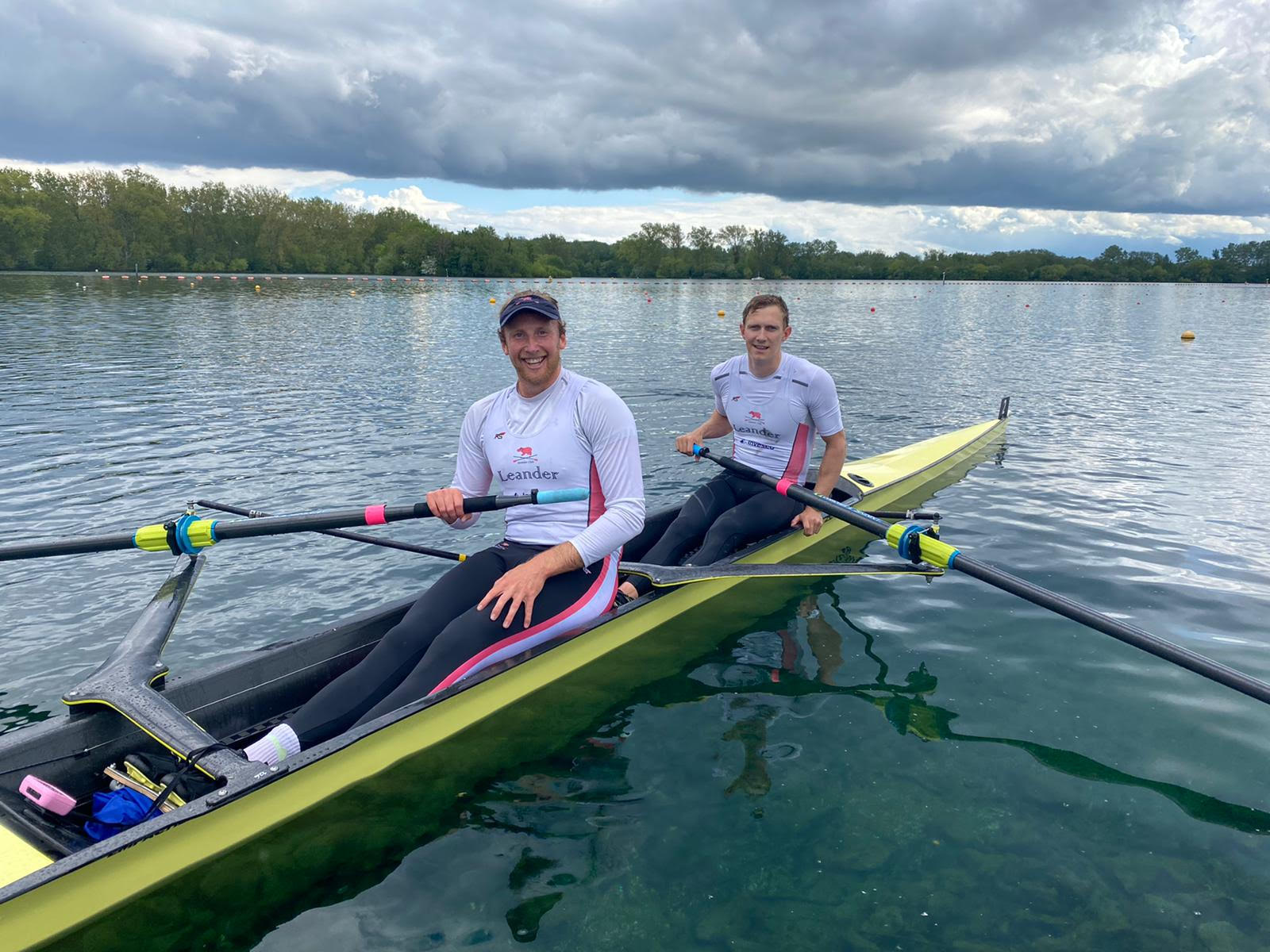 With high winds all week, we were delighted that on Saturday 22nd May, the weather allowed us to enjoy some racing at Caversham Lake. For many athletes, this was their first opportunity to race since last summer and Leander Club’s development squad were there in force, competing across all four disciplines.

The format for the day was to race a time trial in the morning in singles or pairs over 1900m, to secure places in the finals later in the afternoon.

In the Men’s Pair James Robson and Charles Waite-Roberts (pictured above) had a great day to win the time trial and win the A final to finish the day as the fastest men’s pair.

Leander had four Women’s pairs racing with three of them reaching the A final. Katie King-Smith and Phoebe Campbell finished in 3rd place. Alice Baatz and Juliette Perry came 4th and Natasha Harris and Flo Donald 6th. Unfortunately, due to illness Lauren Carey and Lucy Edmonds had to pull out of the A final. 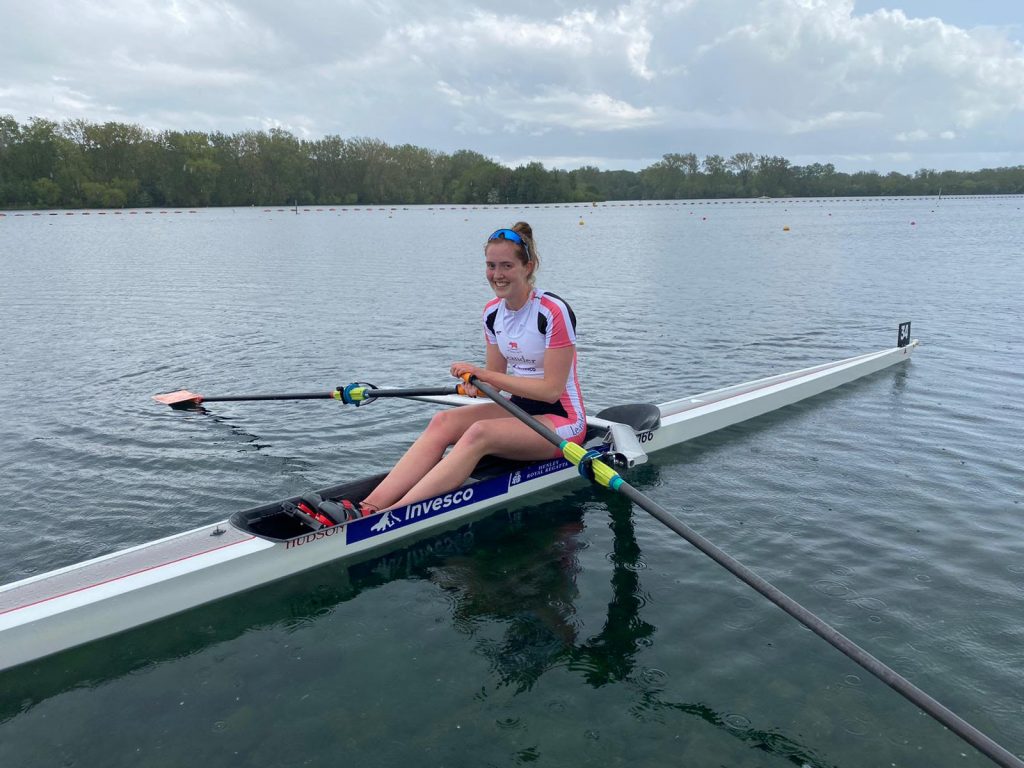 In the Women’s singles, Leander had three scullers racing with Katherine George (pictured left) reaching the A final to finish in 3rd place (2nd fastest U23). Imogen Magner won the B final to come 7th and Cara Russell 5th in the C final to be placed 17th overall.

Joe Wolfin did well to reach the A final of the Men’s single sculls as he is a sweep athlete. Joe finished in 6th place (3rd U23)

Mark Banks, Leander Club’s Director of Rowing and Chief coach, said “With 18 athletes racing in Lucerne and others preparing for the 3rd World Cup this was a creditable performance in particular, the M2- demonstrating our strength in depth at Leander across all the disciplines”.