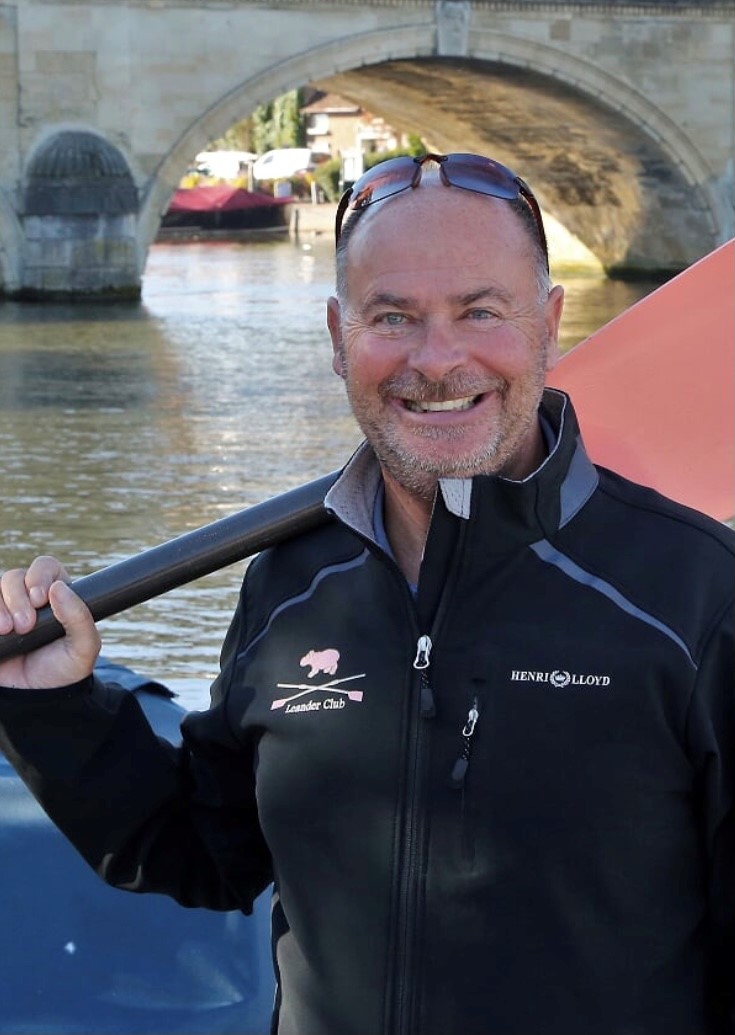 Leander Club announces that Mark Banks will be leaving his post as Chief Coach of Leander Club with effect from 30th June 2021. Mark will be flexible with his exact departure date in order to cause the minimum disruption for our athletes and coaches.

Mark has been instrumental in the success of Leander over the last 21 years. The Club’s remarkable success during Mark’s tenure as Chief Coach will always be a part of the Club’s history. He was made an Honorary Member in 2009, an honour bestowed on fewer than 30 people.

During his time at the Club, Mark has been involved in an extraordinary number of successes, a few of which are detailed below:

Mark said: “It has been an honour and privilege to be Chief Coach at Leander for 21 years. I have thoroughly enjoyed those years. My success has been the Club’s success and I am proud to have been part of a team that contributed to making Leander Club the most successful rowing club in the world. We could not have achieved any of this without talented and dedicated athletes, inspirational coaches as well as supportive Committees.

“My achievement of introducing equal opportunities for Women’s rowing at Leander Club is a stand out moment for me. Our squad now comprises a 50/50 split both at Club level and in the National team. The 2020 Provisional Olympic Team announced last year at Caversham comprised 30 athletes from Leander Club; a record for the Club. The 30 from Leander were equally split with 15 women and 15 men. No other club comes close to this.

“Although I am leaving Leander Club, I will never step away from the world of rowing as it is both my life and passion. I am sure the opportunity to contribute in some way to the development of athletes and our sport will always be there. “Finally, I would like to thank all the athletes, coaches, members, Chairmen and Presidents for all their support and encouragement, in particular Ivor Lloyd and Brian Armstrong for their vision and guidance which has helped myself and Leander be so successful. This Club and my association with it have given me so much pleasure and enjoyment over many years.”

Pete Bridge, Chairman of the Leander Committee, said: “We are very sad to see Mark go – he has given so much to the Club over the past 20 years and has achieved so much. It is truly the passing of an age. I know that he lives and breathes Leander and he will, once he has built his house overlooking the Club, be close at hand to offer his thoughts and advice.

“Mark coached Great Britain crews for 30 consecutive years at the World Championships or Olympic Games and that has never been done before for Great Britain – we were privileged to have him at the Club.

“We very much look forward to the end of the current restrictions to allow us to throw a celebration dinner for Mark’s career and successes at the Club and once we know when it is, would encourage all former athletes coached by Mark to join us for that celebration.”

Leander Club will now begin a thorough recruitment process for two newly created coaching posts, Chief Women’s Coach and Chief Men’s Coach, and will look to appoint the successful candidates into the roles by the summer. These new appointments will underpin Leander Club’s commitment to developing rowing champions of the future through the lenses of equality and parity. This will continue to keep Leander Club at the forefront of British and World rowing.