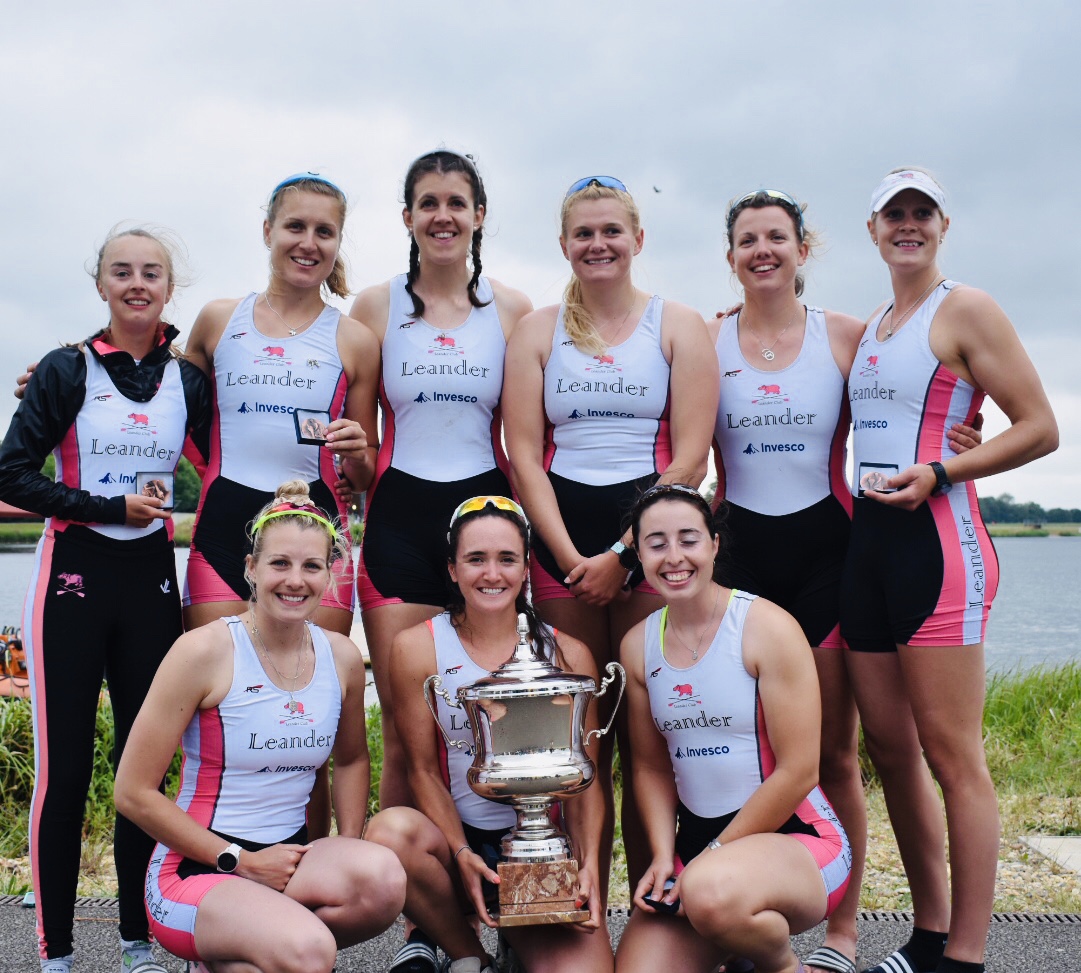 The Metropolitan Regatta at Dorney Lake was the venue for the Leander Development squad over the weekend 1st and 2nd June.

The weekend started brightly on Saturday with a convincing win coming in the women’s quad scull racing in the Open Championship event. The crew line up was Georgina Brayshaw, Ruth Siddorn, Beth Bryan and Katherine Maitland coached by Mark Banks.

Later that afternoon racing in the Open Championship Coxless Pairs event Alex Ball and Tom Ballinger had a great race to secure the win in style coached by Clive Cooper.

The final Leander crew to race on the Saturday was the men’s quad sculls racing in the Open Championship Quads. The Leander quad raced well and dominated the final from start to finish to secure the win. The crew line up was Victor Kleshnev, James Cartwright, Sam McKeown and Olly Dix coached by Ali Brown.

On Sunday Leander Club had a women’s eight racing in The Challenge Eights event. The crew had a long day of racing in time trials and semi-finals to reach the final. The crew saved their best till last to win the race and to collect the DI Ellis trophy.
The crew from bow to stroke was Beth Bryan, Laura Meridew, Katherine Maitland, Emily Carmichael, Natasha Harris-White, Emily Ashford, Anna Porteous, Susie Dear and cox Morgan Baynam-Williams coached by Ross Hunter

Georgina Brayshaw and Ruth Siddorn coached by Mark Banks were racing in the women’s double scull, competing in the Championship event. In difficult cross wind conditions, the girls raced well to move from second place into the lead with 500 to go. The crew looked strong in the last quarter and won the race in style securing their second win of the weekend after the quad scull win on Saturday.

Last up for the weekend was the men’s quad racing in The Championship Event.
The crew with one change from the previous day raced very well to secure the win. The crew line up was Victor Kleshnev, James Cartwright, Seb Devereux and Olly Dix coached by Ali Brown