Commemorating the centenary of the 1919 Royal Henley Peace Regatta 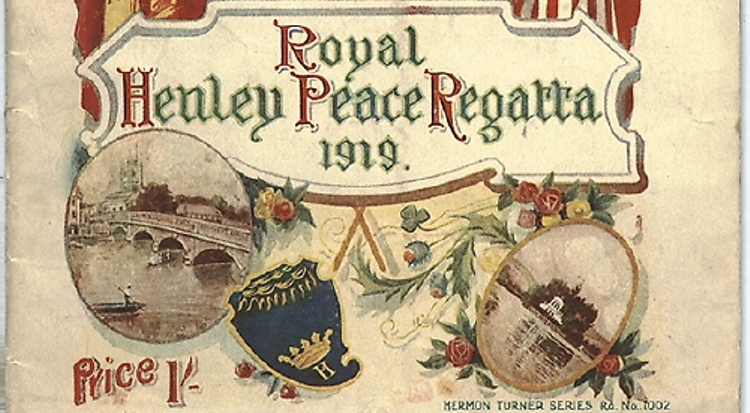 The 1919 Royal Henley Peace Regatta was a key milestone in the sport of rowing and was staged to help heal wounds and hasten the return to normality of the Allied nations and their troops recovering from the First World War. The highlight was The King’s Cup, presented by King George V for Allied military crews.

In commemoration of the centenary of the 1919 Royal Henley Peace Regatta, military VIIIs from eight nations will once again compete against each other at Henley Royal Regatta 2019.

For the first time, male and female military athletes will row in the same crew at an elite international event. The King’s Cup will see crews from the original six nations of Australia, Canada, France, New Zealand, the UK and the USA, joined by Germany and the Netherlands, competing in a knock-out format over the final three days of the 2019 Henley Royal Regatta.

At the 1919 Peace Regatta, the Australian Army crew won the King’s Cup, presented by King George V. That original trophy is now awarded annually to the fastest State crew in Australia. Crews at Henley in 2019 will be competing for a newly commissioned King’s Cup.

Chris Hartley has been co-ordinating the international participation and is coming over from Sydney to explain the historical significance of the commemoration and of the 2019 King’s Cup campaign, which has been several years in the making and has strong support from all eight nations.

“It once again demonstrates the power of sport to build positive change. As military forces around the world embrace gender inclusiveness, the prospect of mixed crews racing at the Regatta is tremendously exciting. As in 1919, the regatta is breaking new ground and we expect highly competitive racing”.

Two course set supper at 6.30 pm for 7.00 pm, followed by the talk by Chris Hartley and a special tasting of the Leander Bicentenary Grande Champagne Vintage Cognac*

Cost: £25 per person, payable in advance

This special Cognac is available exclusively to the Membership at a price of £225. This is probably half the normal retail value of such a fine cognac.

Twenty nine years ago, a Master Distiller in Cognac put aside a single cask from the 1990 Grande Champagne vintage, which he felt had considerable promise.  After two years in a “chai” beside the River Charante, the spirit was tasted again, marked by a cerise chalk and the cask sent to deep cellars under Bristol.It is a journey that very few Cognacs make and it transforms the finest to “Early Landed Vintage Cognac”; gently matured in English cellars, rather than in France.  These spirits, known for their delicate and almost floral nature, are unusually fine and bring a grace and lightness to the best of cellars.

Three years ago, that cask, always destined for greater things and marked a quarter of a century ago for Leander, was bottled. More in celebration than trial, the first bottles were exhaustively tasted by the Committee and expertly noted by a Master of Wine as a particularly fine spirit, smooth, sleek and delicate with warmth and long finish. With just over two hundred limited bottles and the prospect of magnums later in the year, there can be no finer companion to contemplate 200 years of the Club’s own journey.

The King’s Cup – a short history

On 22nd January 1919, the Committee of Leander Club convened a meeting on Temple Island for all Clubs affiliated with the Amateur Rowing Club and Regatta Officials. It was widely attended and a motion was carried unanimously:

On 10th February 1919, at a General Meeting of the Stewards, the resolutions of 22nd January were considered and it was agreed to organise an interim Regatta. Royal Henley Peace Regatta was born. Much had changed during the World War and there was an enormous amount of work to be done and the next meeting took place on the 26th of February. The Committee was to meet twelve more times before the end of June, 1919.