F. S. Kelly – A Virtuoso at the Oars and the Piano 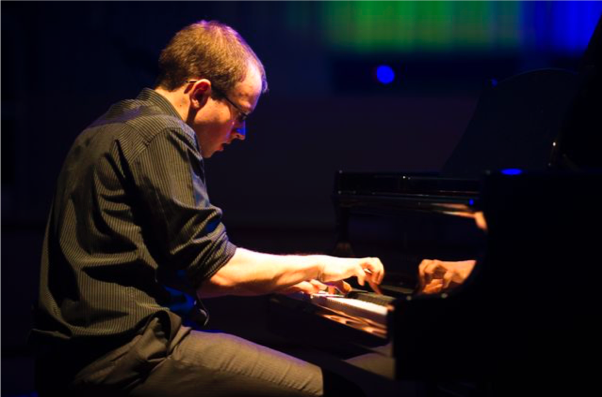 The evening will include a mix of musical segments from F.S. Kelly’s work played by Alex Wilson, interspersed with spoken sections about his distinguished pre-war rowing prowess, professional musical career and wartime experiences.

Frederick Septimus Kelly was born in 1881 and had two great passions; rowing and music.

He rowed for Leander in 1903 and with great distinction through to 1914, whilst at the same time developing his love for music, as a pianist and composer. In 1911, Kelly made his professional debut as a pianist in his birth city, Sydney, Australia, with the Sydney Symphony Orchestra at the Sydney Town Hall.

When war broke out, Kelly joined the Royal Naval Division ‘Drake’ Battalion. He fought at Gallipoli, where he was awarded the Distinguished Service Cross for ‘conspicuous gallantry’. He also became great friends with Rupert Brooks, whom he met when sailing to the Dardanelles with the Hood Battalion. Kelly died on the Somme in November 1916, age 35, while leading an attack against enemy lines.

Alex Wilson, who studied for a music degree at York University and graduated from the Royal College of Music with an MA (distinction), plans to release a solo CD this summer with music by Frederick Septimus Kelly.

Alex says “Kelly studied in Germany and was influenced by European composers as well as those in Britain; creating a unique sound world that it is really fascinating to try and make sense of. His music is enigmatic, hard to categorise, but is still very accessible and has proven to be popular every time I have performed it.

The “24 Monographs” and “12 Studies” were written over a number of years, started before the war and continued during the war years. Kelly was revising and editing the music from the trenches! They paint an intriguing picture of a young man bursting with ideas and full of the influences of his contemporaries and past composition masters. They cover a range of emotions that may reflect the chaos of the lifestyle he was having to live, from anger and drama to lightness and charm.

I want to record his “24 Monographs” and “12 Studies” because they have mostly never been performed before and it ensures there will be a complete catalogue of recordings of Kelly’s music.”

The music is romantic in style, influenced by Chopin and also by British composers such as Elgar and if you click this link, you can enjoy taster recordings from the ‘Snow Day Concert’ on Alex’s website.

Donations welcome to fund a CD of Kelly’s music

This project is a complete labour of love that has taken years in the making. However, the record studio and producer do not come for free. To be able to go through with his Kelly CD, Alex has started a fundraising campaign to be able to raise the necessary funds for the recording.

By backing Alex’s project, you will help Kelly’s music meet a new audience, and maybe getting a CD by doing so – it all depends how much money you are willing to pledge. Read more about Alex and the project here. Go to the fundraising page here.

Every £10 will help make the recording a reality.